“We want to modernize the systems and ease visa burdens, we are working towards an e-visa regime” – Honourable Minister of Tourism – South Africa; Derek Andre Hanekom 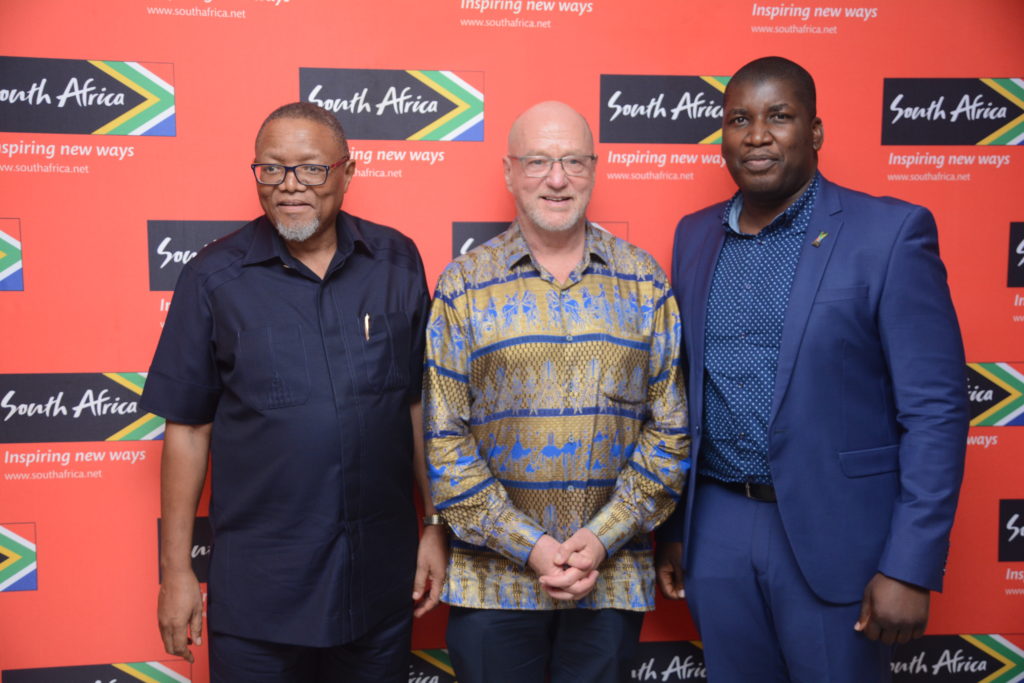 The United Nations World Tourism Organisation (UNWTO) Commission for Africa held its 61st Regional Tourism Conference from 4th –  5th June 2018 in Abuja, capital City of Nigeria. It was an honour to welcome the Honourable Minister  of Tourism – South Africa;  Derek Andre Hanekom for his first time visit to Nigeria where he attended  the conference and joined over 20 Ministers and 500 delegates from 34 countries at the conference.

Following his introductory meeting with Nigerian trade and media at Indaba earlier in April 2018, the Minister alongside Consul General of SA in Lagos, Amb. Darkey Africa hosted Guests from the Media, Trade & Stakeholders in Lagos, Nigeria to an exclusive dinner in Lagos, Radisson – Ikeja on the 6th of June 2018.

The honorable tourism minister then opened up the floor to discussions by requesting an open and transparent dialogue on the tourism sector; with focus on the flow of traffic between West Africa and South Africa. Guests enjoyed a savoury South African inspired 3 course dinner, though the Minister himself insisted on a local Nigerian dish.  With the enjoyable experiences and stories shared across the night, it was unanimous that South Africa is the ultimate holiday destination, rich in taste, culture and experiences.

The Stakeholders and key Trade travel partners engaged with and discussed the re-occurring challenges of Visa processing as one of the key issues which hinders the over-all experience of  Nigerian’s travel to South Africa.

The Minister assured all present that much was being done to address the challenges that hinder the growth of tourism, he said:

“There is much being done to ease the South African Visa issues in Nigeria.  We are working towards eventually having an e-visa regime. We want to modernize the systems and ease the burdens. In the interim: We will be working on recognizing valid visa’s from other countries such as USA, U.K .etc. so that Nigerians with such Visa’s will be given leniency. Africa is indeed open for business, and offers a world of opportunity”

The Consular General re-affirmed the position on visas, he said “We are aware of the Visa situation and are working towards resolving them with the colleagues from home affairs.”.  He further urged applicants  to submit applications on time and with sufficient supporting documents

The meeting played a key role in solidifying the unification of West Africa and South Africa, with much being done to strengthen areas of synergy between the two nations.

The Minister reassured all present that much was being done and procedures are already in place for a seamless visa process for West -Africa. He requested for the CG – Amb, Darkey Africa to kindly and immediately work on reviewing the visa processes and also specifically to immediately address the issues around visa durations for applicants, especially for repeat travelers.

The stakeholders thanked the CG for always having an open-door policy, and the Minister for the opportunity to collaborate on the advancement of tourism and relations between the two nations.

On closing, Minister Hanekom continues to promote unity and a two-way traffic of tourism between the two countries, he called for greater regional co-operation and for us all to work together to ensure ease of travel and the continued growth the tourism across the continent. He urges us to continue to spread the magic of Africa. 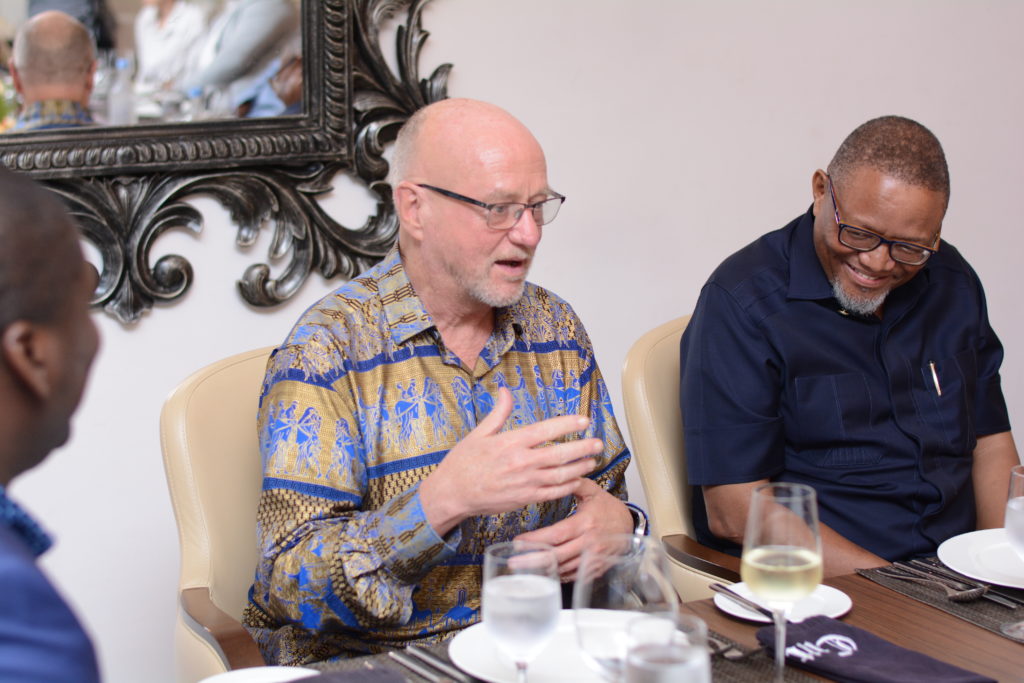 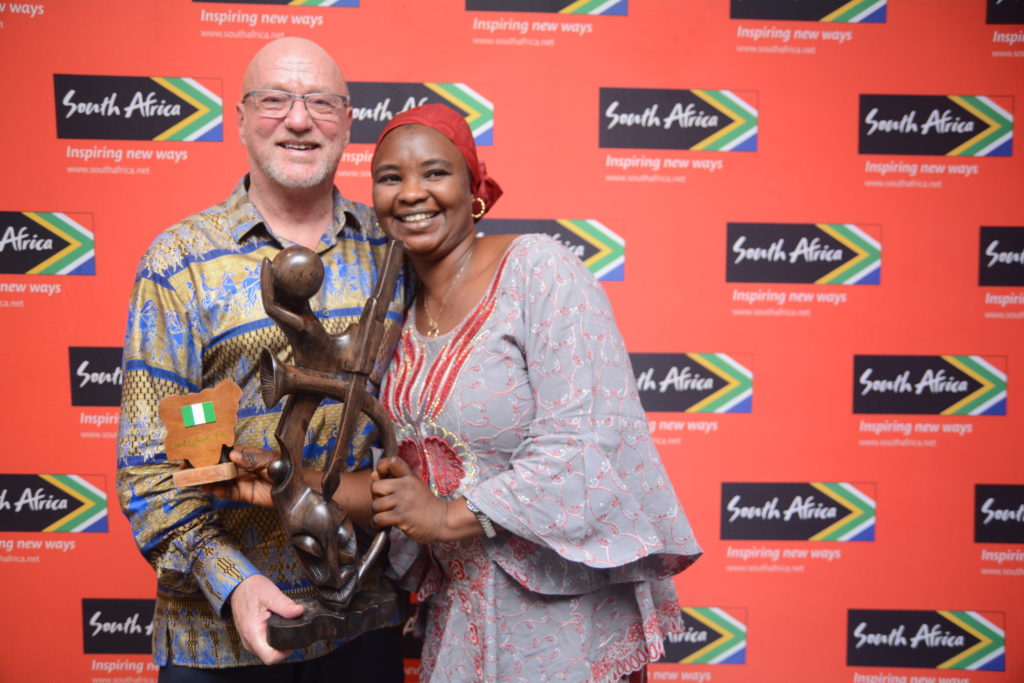 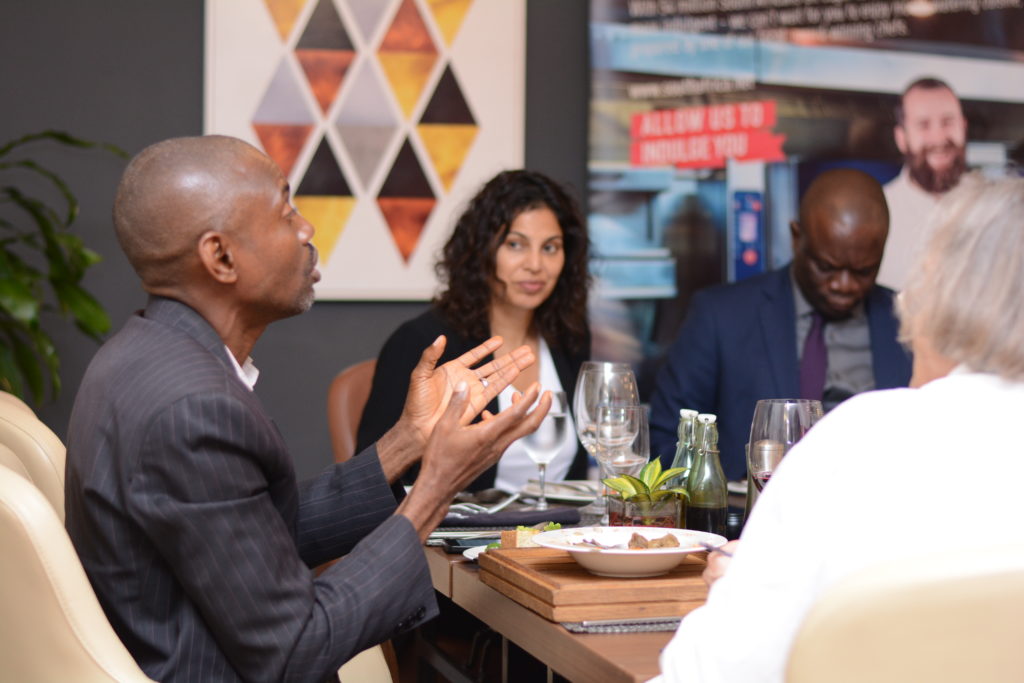 To be a BLK/OPL woman is to be confident, it’s for every…

The Kings & Queens of Hearts Meet Casino Royale Will Give You Serious FOMO!

Hold Up! The Kings and Queens of Hearts Meets Casino Royale was…

0 Comments on "“We want to modernize the systems and ease visa burdens, we are working towards an e-visa regime” – Honourable Minister of Tourism – South Africa; Derek Andre Hanekom"