And the Winners Are……..Here Are Your Best Dressed At The Star Studded Bling Lagosians Premiere. 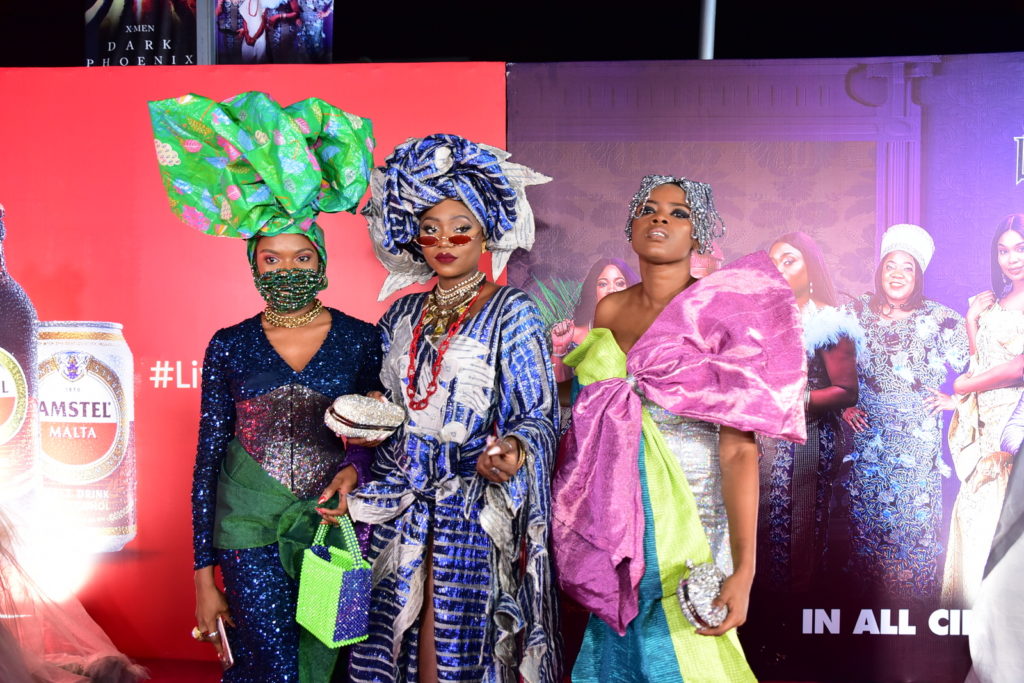 The grand premier of the highly anticipated movie “The Bling Lagosians” was held Sunday, 16th of June 2019 at the Film House Cinema, Lekki, Lagos.

The red carpet had stars glammed up to the nines, with a variety of looks; as anticipated, the premiere was littered with show stoppers. Talk about making an entrance, this red carpet would definitely go down as legendary in the fashion circles.

Guests trouped the red carpet with a variety of fiery looks as well as exaggerated and fun fashion pieces.  The dress code for the glamorous night was “Eko for Show”, and as we know if it’s not over the top, its not EKO! With a total prize money of N1 Million naira, for the most quintessential red carpet look.

The movie was met with raving reviews, the general consensus was that this is the best Nollywood movie released of (2019), with intricacies that run deep and with a well-paced out story line filled with lessons.  The Director, Bolanle Austen Peters’ generosity to the cast was boundless. Although laced with humour, and some exceptionally funny moments, the movie deals with serious subject matters that will leave viewers thinking twice about Lagos party lifestyle as well as giving a deeper insight into the Lagos elite’s lifestyle.

“In telling this story, it was important that we learnt lessons. In doing the Bling Lagosians, I observed certain things in our society and I decided to tell the story, a relatable story, that people would see and recognise this is the real us. This story is like a mirror, so we can look at ourselves in a mirror and see the flaws. This is a story of deceit, lust, love, greed, passion, it’s a story of excess’ but with reedeming qualities”

The Bling Lagosians movie is proudly supported by Eco Bank and Amstel Malta,

Filmhouse Cinemas Twin Waters Went All Out for Women on International Women’s Day 2019.

A Wedding Destination with So Much adventure! #BAAD2017 – The South African Tour of Cape Town & Johannesburg #MYSAEXPERIENCE

A Wedding Destination with So Much adventure! #BAAD2017 – The South African…

0 Comments on "And the Winners Are……..Here Are Your Best Dressed At The Star Studded Bling Lagosians Premiere."