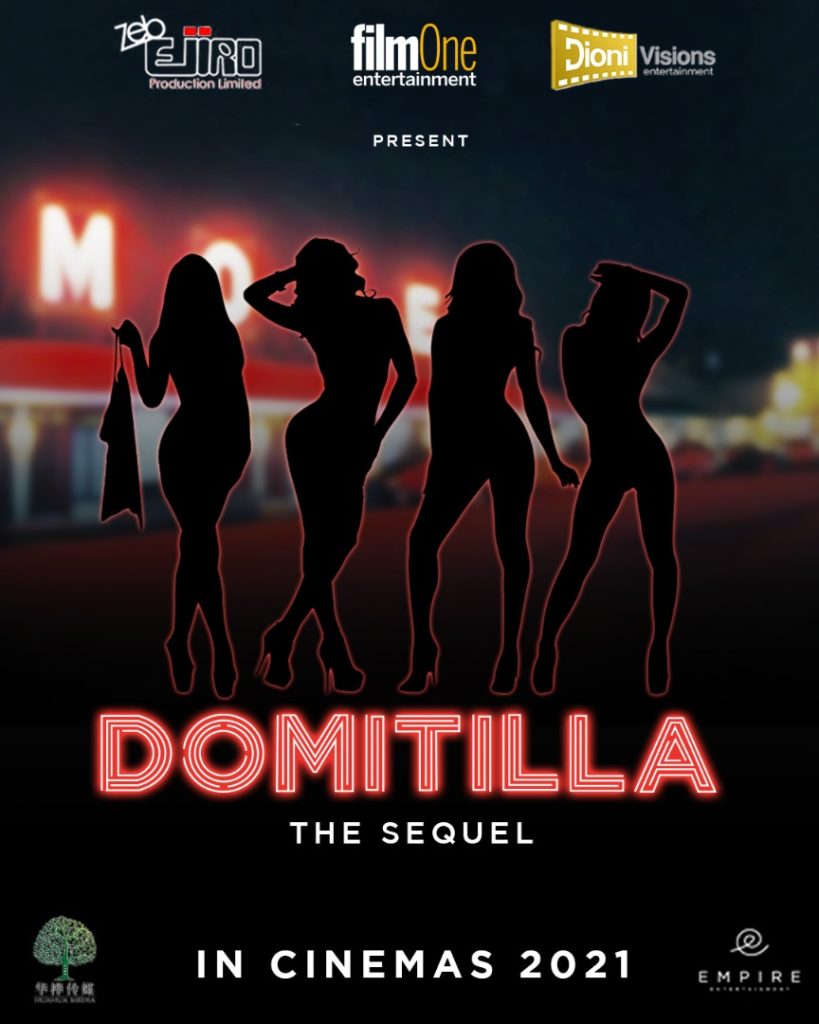 Three renowned film production companies; FilmOne Entertainment, Zeb Ejiro Productions and Omoni Oboli’s Dioni Vision, have signed a partnership to produce the sequel of the Nollywood classic – Domitila. The project is a response to recent demands by the huge fan base of the first Domtiila, which was a favourite on home screens in the ‘90s. Production of the film is set to kick-start later in the year, while its release in cinemas is scheduled for the first quarter of 2021.

The Crime/Drama film tells the story of a young Domitila Junior, who gets into adventurous romantic escapades for survival. She and her gang of prostitute friends are unfortunately caught up in the mysterious death of a politician and must do everything possible to prove their innocence.

Speaking about the project, Co-founders of FilmOne Entertainment Mr. Kene Okwuosa and Mr. Moses Babatope were enthusiastic, “We are happy to once again, bring magic to the big screen by producing this breathtaking movie. In Domitila, we have identified an entertaining and artistic masterpiece that would appeal to different generations of film lovers; and to know we are partnering with great professionals in Zeb Ejiro and Omoni Oboli is soothing. Thus, we look forward to a phenomenal accomplishment.” they said. Veteran director and CEO of Zeb Ejiro Productions, Mr. Zeb Ejiro said, “When we first made Domitila, it was a story inspired by societal challenges that have over time, proven to not only be akin to the ’90s, but trans-generational; and so, in recognition of its relevance in these times, we have decided to make a sequel to the story, factoring recent socio-cultural advancements.”

The initial Domitila released in 1996 starred A-list actors such as Anne Njemanze, Sandra Achums, Kate Henshaw and Enebeli Elebuwa, to mention a few. As such, the sequel is set to be a showcase of an artistic harmony between veterans and younger actors. Speaking about the project, ace Nollywood actress and director Omoni Oboli, who is the CEO of Dioni Visions was excited, “When I was a teenager, I auditioned for Domitilla but I didn’t get any part; perhaps, I was too tiny. Today, I’m proud to be one of the stars, executive producers, producer and creative director of the sequel. It’s going to be a very exciting ride and I can’t wait!” she said.

FilmOne Entertainment is a leading film production and distribution company, responsible for blockbusters such as The Wedding Party & The Wedding Party 2, Merry Men 2 and recently, Sugar Rush, to mention a few. Dioni Visions are the makers of blockbusters such as Wives on Strike, Okafor’s Law, Moms at War and recently, Love is War, amongst others. Zeb Ejiro Productions were behind the making of classic home video hits such as Domitila (1996), Nneka the Pretty Serpent and Sakobi: The Snake Girl.

Once upon a time, there was a boy called Ahanna. After his…