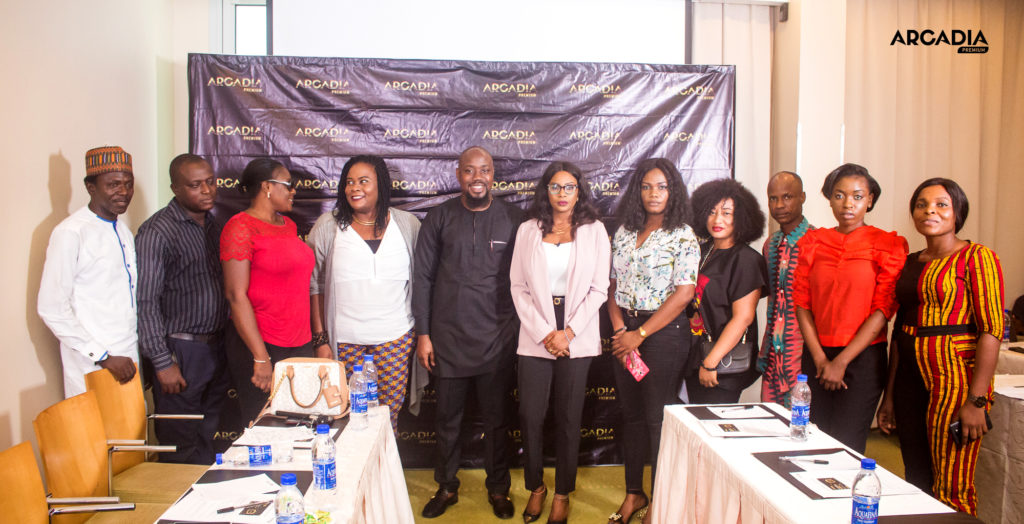 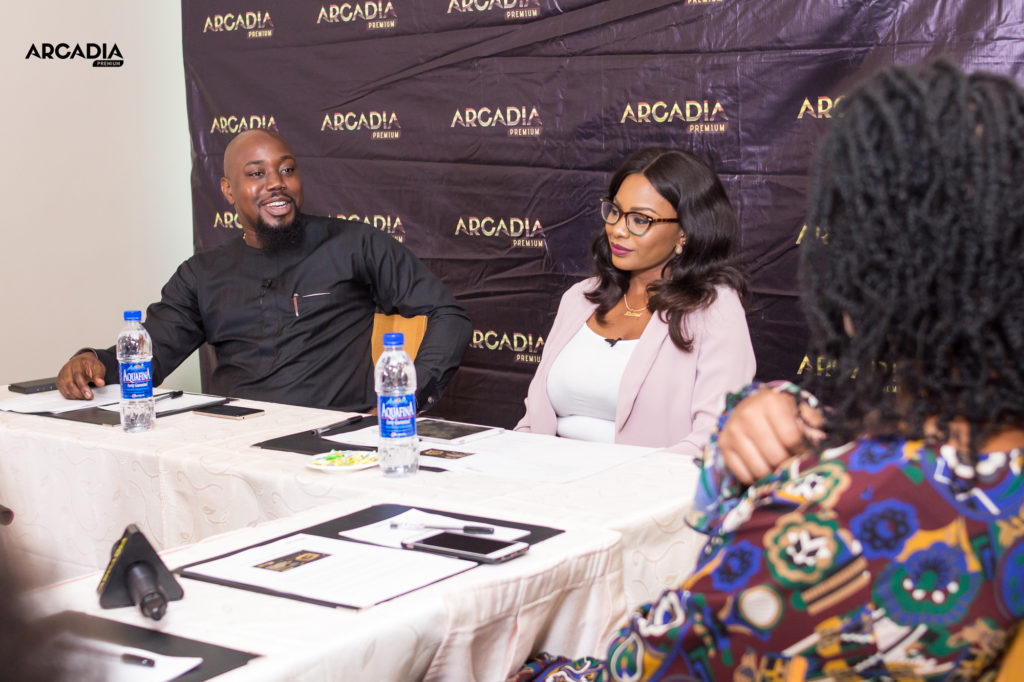 In anticipation of the official launch of Arcadia Premium TV set to hold in June 2019, its founders, Olamide Yousuph and Akintunde Marinho hosted journalists to a roundtable on Tuesday, 9th April at The Radisson Blu Anchorage, Victoria Island.

With the success of telling the African story through the Mobile TV platform, Arcadia was propelled to create premium entertainment on Cable TV for a wider and diverse audience producing content ranging from Music, Sports, Movies, Comedy, Fashion & Lifestyle, amongst other premium content.

Arcadia is changing the TV experience by creating engaging content, telling powerful stories whilst merging the digital and terrestrial world seamlessly. With a strong and varied catalogue of shows, the audience have variety of shows such as: Serious Banta, Kitchen Dash, My Hustle, Arcadia Live on The Red Carpet, Life Sex and relationship, a dating show ‘I’m available’, the DIY Slab and much more; programming that takes a fresh take on television as we know it.

“We are producing 19 original titles that you have not seen anywhere else before and this is something that is very new. We have international content partners like Sony, Universal, HBO that we are in contact with to help with international content. However, the drive is to develop an inventory of original content from Africa not just Nigeria. We are looking at content from South Africa, Ghana, Uganda and Kenya.” Akintunde Marinho, Co-Founder Arcadia Premium TV shared.

In a bid to create world class content, Arcadia Premium TV has been on an exciting process of working, re-working and executing effective strategies aimed at providing amazing entertainment without sacrificing on quality. One of which is, developing exclusive rights to some of the world’s most celebrated films.

“When it comes to collaborations, we are always open to it. There’s always going to be consistency in the quality of shows we air. Although we had to change the names of some of the shows we were airing on our web portal because they didn’t really fit television style, but the theme and quality remains.”. Olamide Yousuph Chief Operations Officer, added. 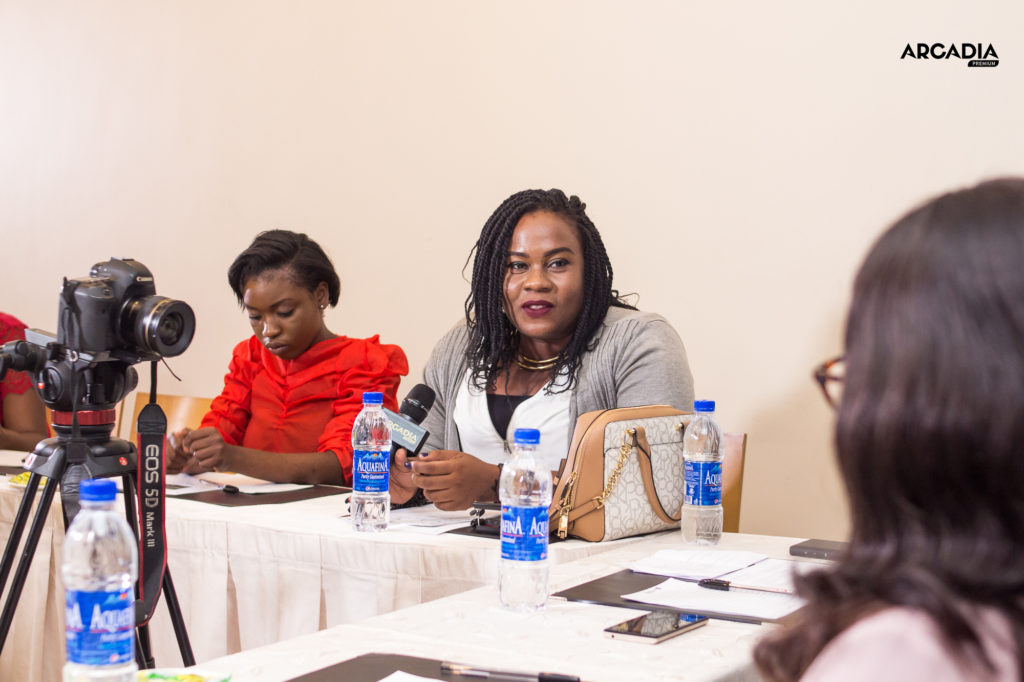 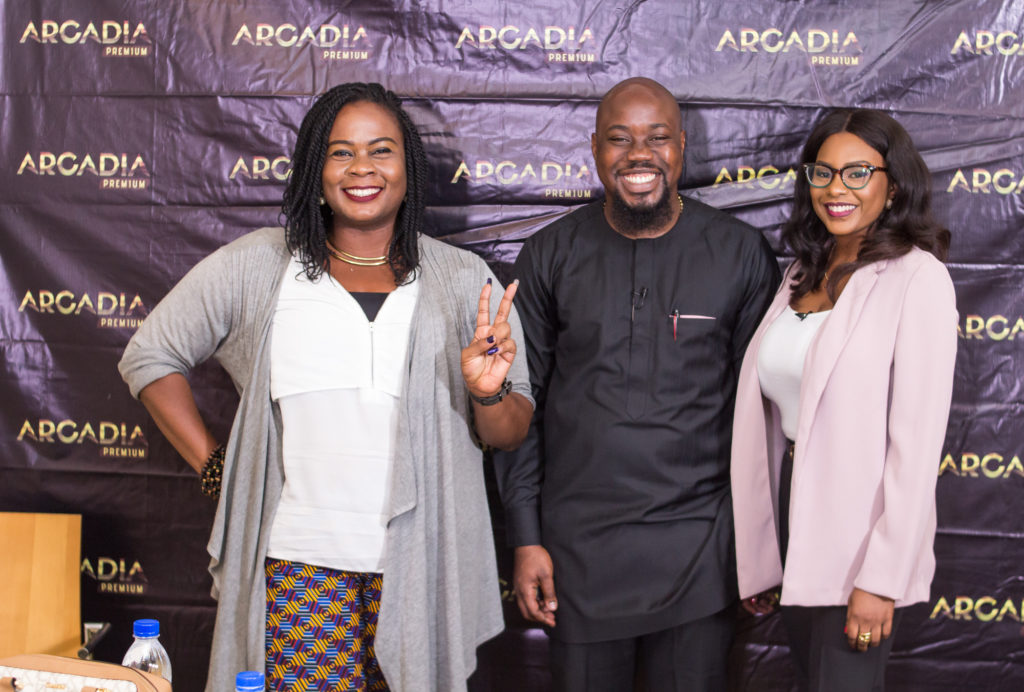 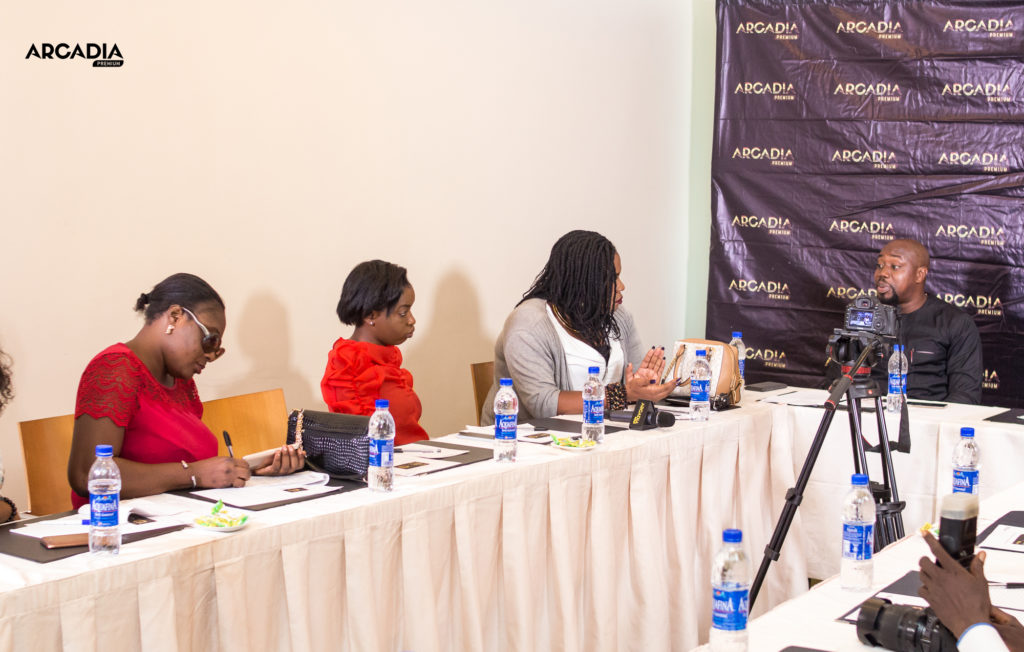 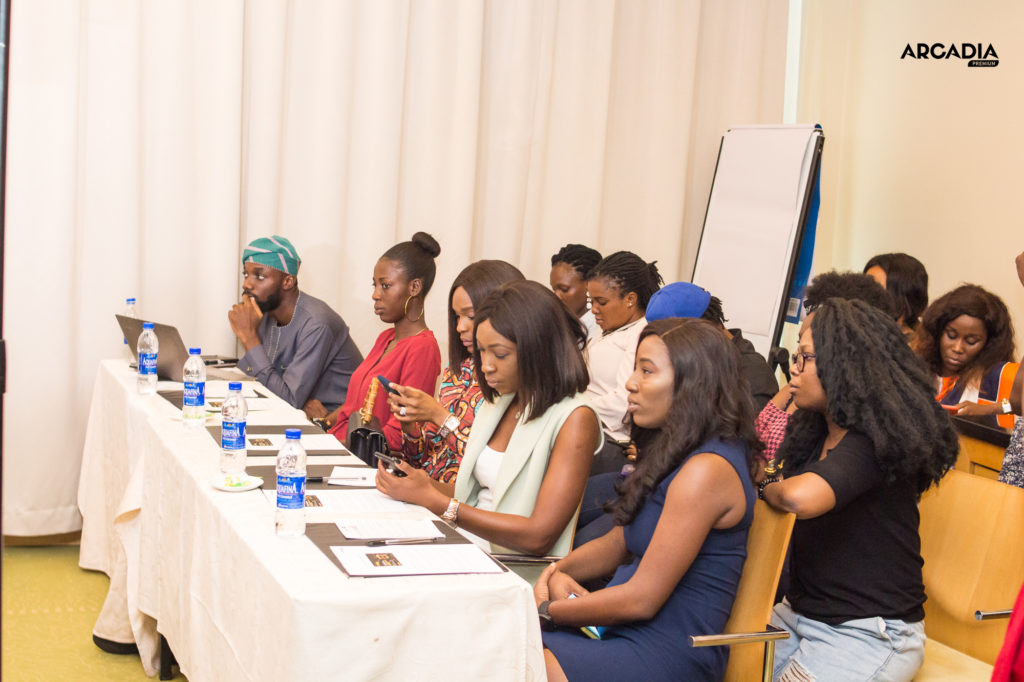 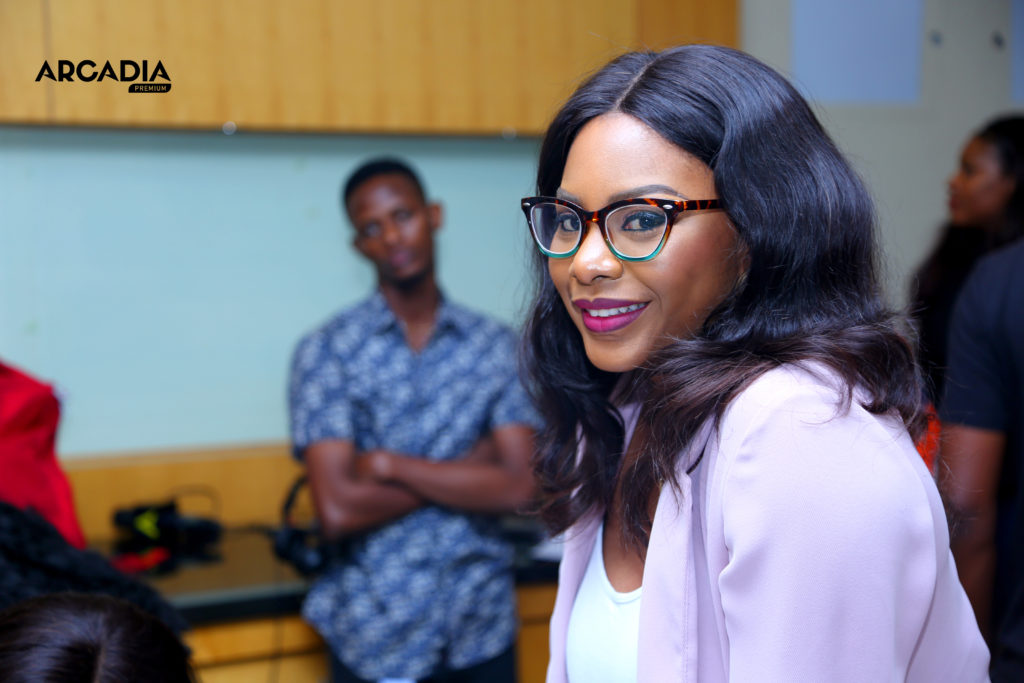 Arcadia TV is an online and Cable TV platform that produces, distributes and transmits developed content for the purpose of advertisement, entertainment, publicity and even live event coverage.

Arcadia mobile TV and Arcadia TV is a privately-owned technology company in Lagos Nigeria that focuses on great user experience and content presentation. We currently have channels which include music, sports, movies, comedy, fashion & Lifestyle and many more.

Our diverse content is designed to suit the needs of every class of subscriber and audience, while ensuring the quality of our materials remain premium. Our livestreams, event coverage and excellently packaged films, series and shows guarantee that our audience is provided with a wholesome viewing experience that embodies the brand essence of delivering exceptional content.

The content we offer is primarily afro-centric and are designed to accentuate the true essence of being African without removing from our worldly exposure, thus promoting; to the world; the deserved prestige of the African people and continent.

We believe in equality at the work space and have a 20-man production team that is led by All-female producers.

In 2017, Arcadia Mobile TV received an award for being the Global, most innovative quality mobile web TV brand by the Global Quality Excellence Awards committee.

Connect with Arcadia on Social Media:

Over the last few weeks, Black Opal Nigeria has been searching for…