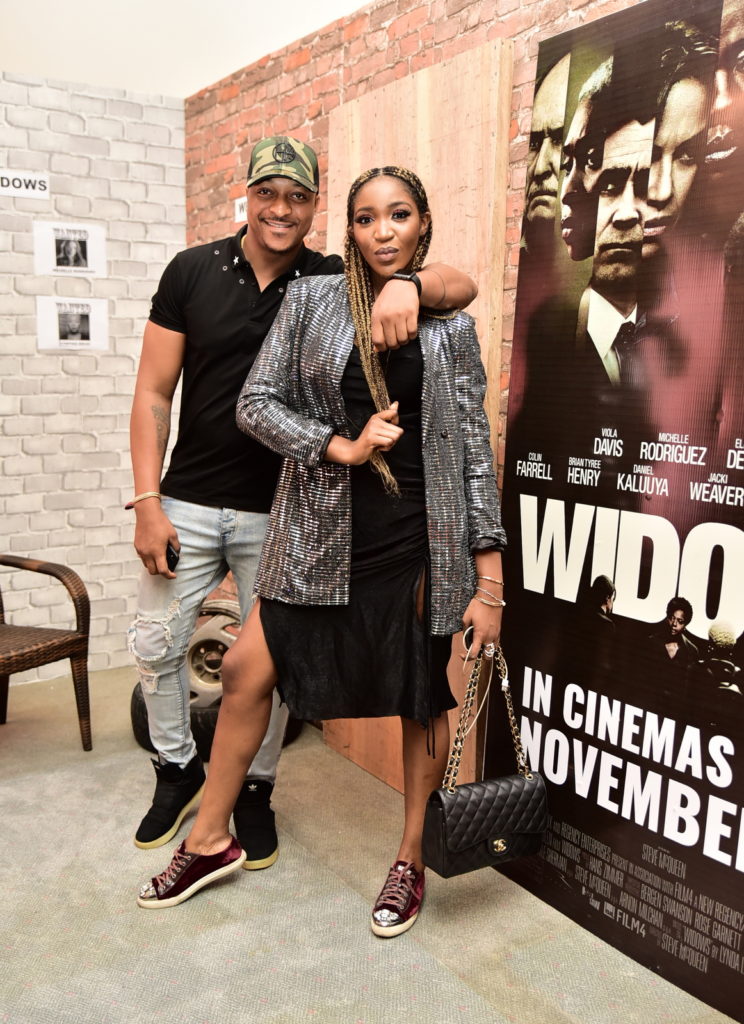 Ik Ogbonna, Idia Aisien, Alex Ekubo, Teni The Entertainer, Juliet Ibrahim, Lilian Afegbai all agree that Widows the movie is a must watch!

The women of “Widows” deserve an Oscar, and it’s clear to see why when you watch the movie. The ‘Widows” aren’t just ex-wives or decoys, they’re carefully constructed characters with wildly disparate backgrounds, played by a powerhouse ensemble comprised of Viola Davis, Michelle Rodriguez, Elizabeth Debicki and Cynthia Erivo. As Davis declares in the trailer, “The best thing we have going for us is being who we are… because no one thinks we have the balls to pull this off.” Underneath the heist plot, the film paints a much more layered portrait of Chicago, where class, race, gender, age and politics rub up against each other in complicated ways, it is gripping! The movie is tough, raw and extremely entertaining.  So, are you in or out? See Viola Davis, Michelle Rodriguez, Elizabeth Debicki, Liam Neeson, Brian Tyree Henry, Daniel Kaluuya, Colin Farrel and Cynthia Erivo in WIDOWS,

A police shootout leaves four thieves dead during an explosive armed robbery attempt in Chicago. Their widows — Veronica, Linda, Alice and Belle — have nothing in common except a debt left behind by their spouses’ criminal activities. Hoping to forge a future on their own terms, Veronica joins forces with the other three women to pull off a heist that her husband was planning.

Being a brand today must be more than just what one sells.…

The Lagos maiden edition of Dedicated to Digital was Insightful, Informative and Impactful.

0 Comments on "Four Women, A heist, an one hell of a Ride! Everyone is raving about Widows The Movie"