ELFIKE FILM COLLECTIVE’S THE WEDDING PARTY 2: DESTINATION DUBAI TO BE RELEASED ON iTUNES 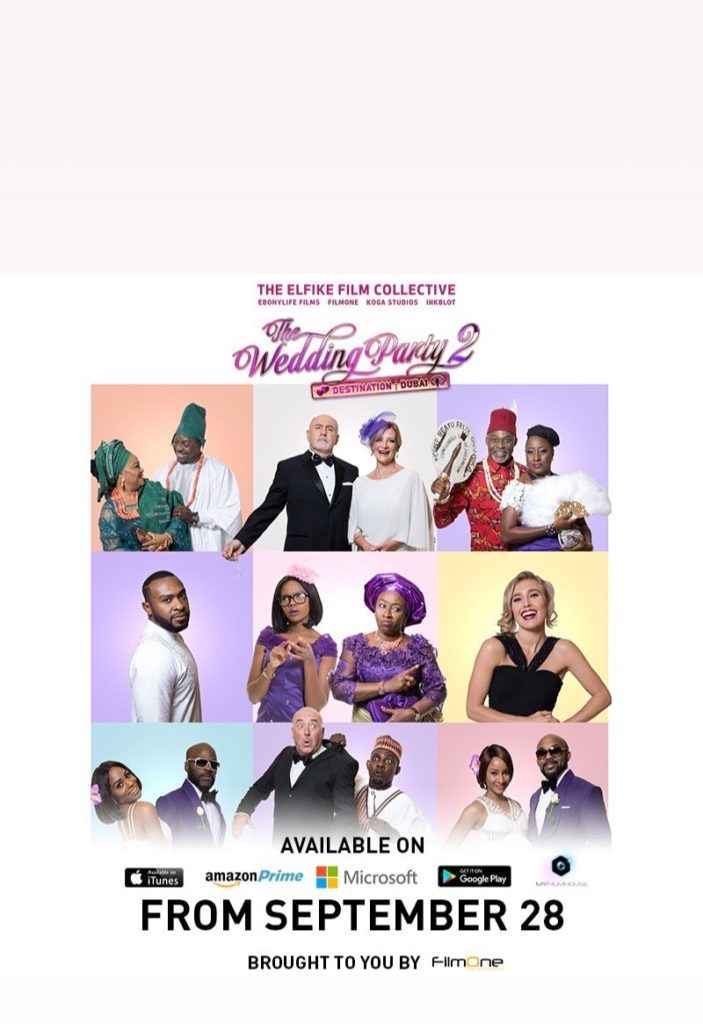 Digital release of The Wedding Party 2: Destination Dubai for lovers of Nollywood the world over on September 28.

The ELFIKE Collective is happy to announce that on the 28th September 2018, The Wedding Party 2: Destination Dubai will be available for the first time ever on digital platforms across the globe. It is a source of pride and joy that this ELFIKE film collective production will be the very first Nollywood title made available on iTunes.

Fans of Tinuade (Sola Sobowale), Bamidele (Alibaba), Dunni (Adesua Etomi), Dozie (Bankole Wellington), Felix (Richard Mofe-Damijo) and Obianuju (Ireti Doyle) will be able to catch up with them and with all the other great characters you know and love as we traverse the global from Lagos to Dubai.

In addition to iTunes, The Wedding Party 2: Destination Dubai will be rolled out on other digital platforms which include Amazon Prime, Microsoft Video, Google Play, myFilmhouse, EbonyLife ON and the Nigerian Government’s satellite based SVOD platform, InView.

This unprecedented move by an indigenous studio does not only cement the Filmhouse/FilmOne group’s position as an all-rounder in the industry, but also satiate fans of The Wedding Party franchise who have eagerly awaited the opportunity to own a copy of the sequel, and continually re-live the magic of the film.

“This is an important milestone for our content and for us to tell our stories and put forward our perspective. We are very proud of our achievements in film and movie making, we consistently work to ensure we provide the best content for our audience.”

Managing Director of FilmOne Distribution & Production, a member of the ELFIKE Collective and the distributor of the film, Moses Babatope had this to say:

“Distribution doesn’t end in the cinemas. It starts there. There’s always an avenue and an experience that the fans are looking for. We just fulfil that need. FilmOne wouldn’t be the powerhouse it is without the support of its sister companies: Filmhouse Cinemas and myFilmhouse. It’s a thing of pride to see all three of these arms working in perfect sync and capturing markets at home and internationally”.

As a value-add for the audience, FilmOne is making special discount codes available to online consumers of the movie. These will be customised to the film’s star-studded cast and pushed out via their social media handles. 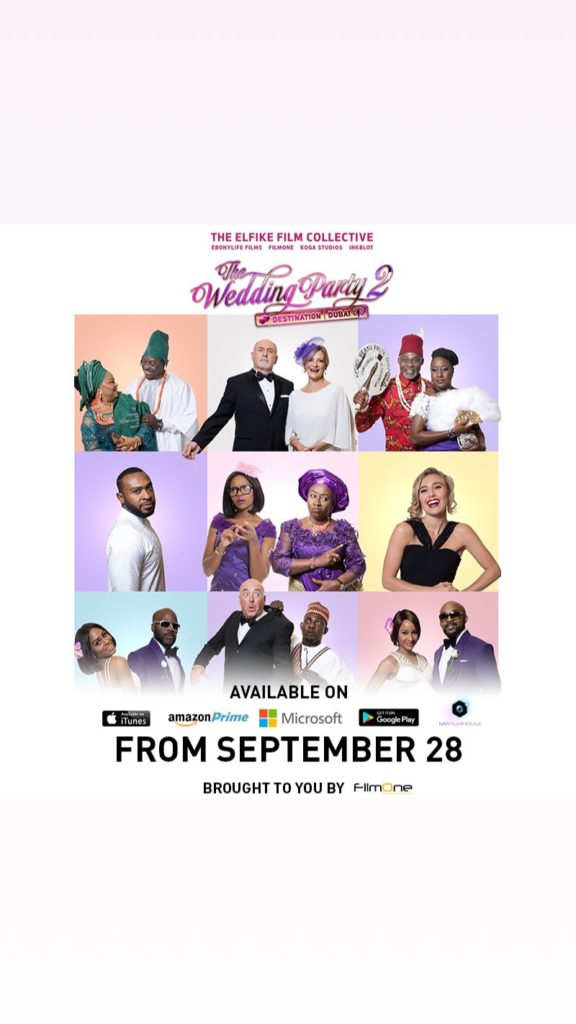 The Creative Collection by Osas Ighodaro

‘The Creative Collective’ “…as Creatives – we just want to Create.” To…

Are you an entrepreneur?  Do you want to know what it takes…

0 Comments on "ELFIKE FILM COLLECTIVE’S THE WEDDING PARTY 2: DESTINATION DUBAI TO BE RELEASED ON iTUNES"