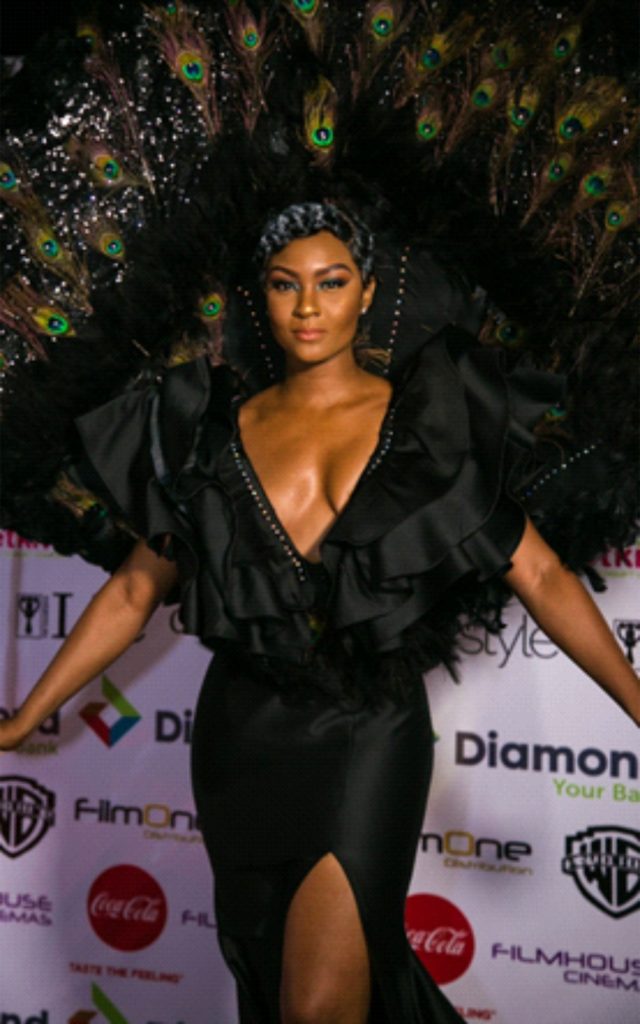 Making over 55 million Naira in the opening week of Ocean’s 8 in Nigeria, movie distributors Filmone Limited have announced Osas Ighodaro-Ajibade and Africcana as the winners of the cash prize for best dressed and best designer respectively at the Met Ball Glam themed Ocean’s 8 Movie Premiere courtesy of Diamond bank and Coca-Cola. It was a keenly contested match-up as everyone put their best foot forward, but Osas Ighodaro-Ajibade and Africcana, a fashion designer from Ibadan, came out on top. Africcana who styled Osas during the Broadway show of Fela and the Kalakuta Queens, took the spotlight with a black peacock dress.

The premiere was a night of glitz, glamour and style at Filmhouse Lekki. Attendees graced the red carpet looking their absolute best for the Met Gala themed premiere to win not only for themselves the cash prize of N250,000 from Coca-Cola as the best dressed but for their outfit designer who would win N500,000 courtesy of Diamond Bank for designing the dress.

Speaking on her inspiration for the design, Itunu of Africcana said all her designs are influenced by the environment. After being approached by Mrs. Ighodaro-Ajibade, Itunu knew she had to take her creativity up a notch as she was going up against other well known fashion designers and stylists in the industry for the prize. 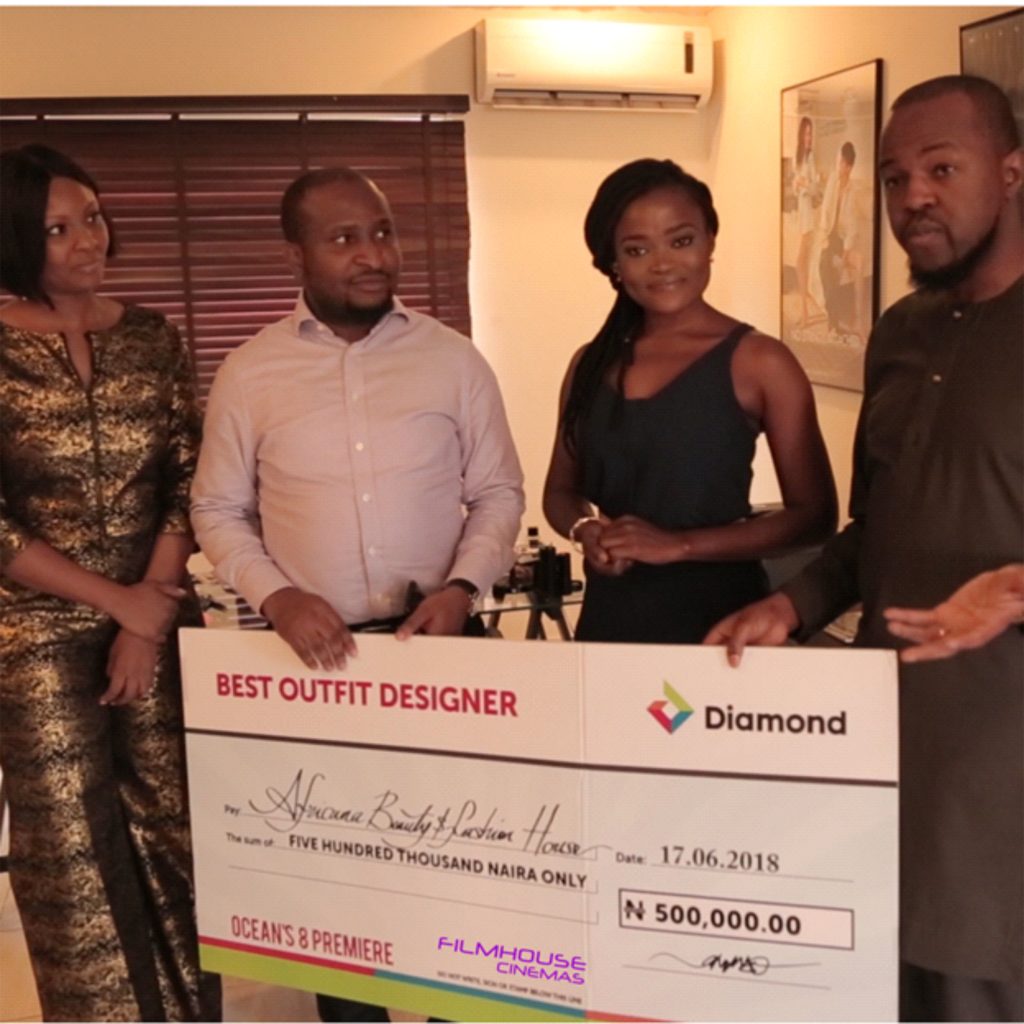 Chief Executive Officer of Filmhouse Kene Okwuosa said that the organization thought it important to celebrate the release of such a star-studded movie with an extraordinary premiere, while at the same time making an impact. According to him, “this prize is significant because it allows us to put a spotlight on Nigerian arts and culture and give our designers a chance to showcase their talent. We are looking forward to collaborating with our partners to showcase more movies, both foreign and indigenous, bringing them to the forefront to make a remarkable impact on our society.” 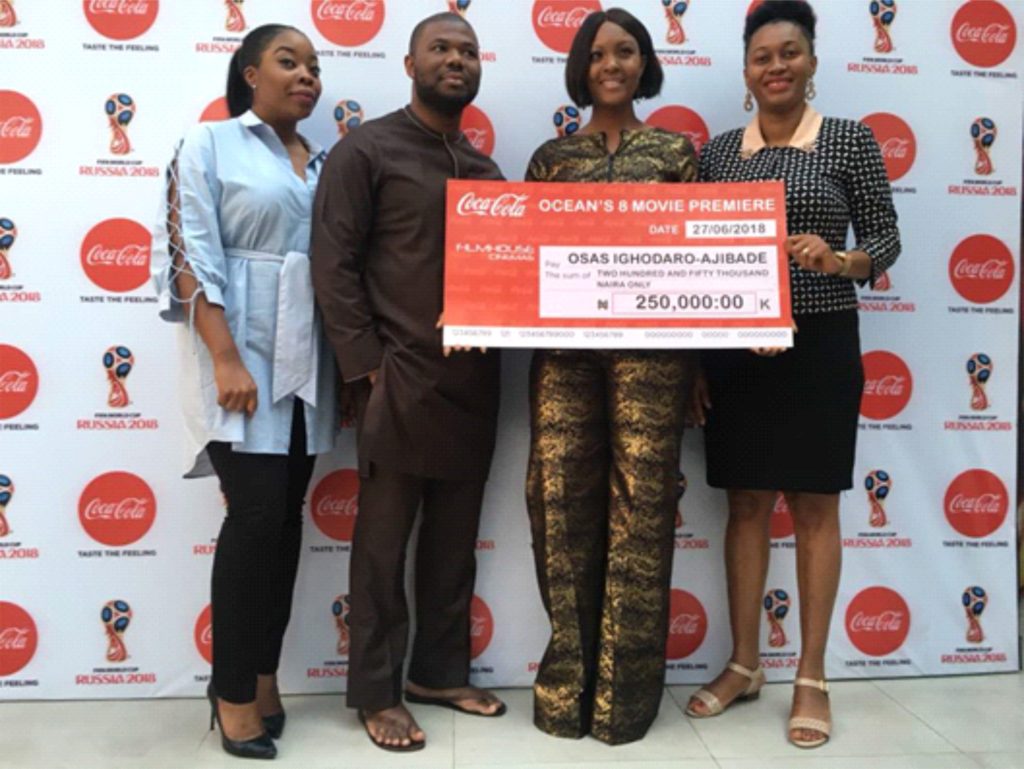 Customer & Commercial Director Coca-Cola Nigeria, Peter Ekunkoya, presented Ighodaro-Ajibade with her prize of N250,000 and has promised to keep supporting talents and projects of the society.

Africcana was gifted with an Industrial sewing machine from Filmone as well as her prize of N500,000 from Diamond Bank. When asked what her prize money would be used for, she quipped, “I want to buy a generator for my shop”. 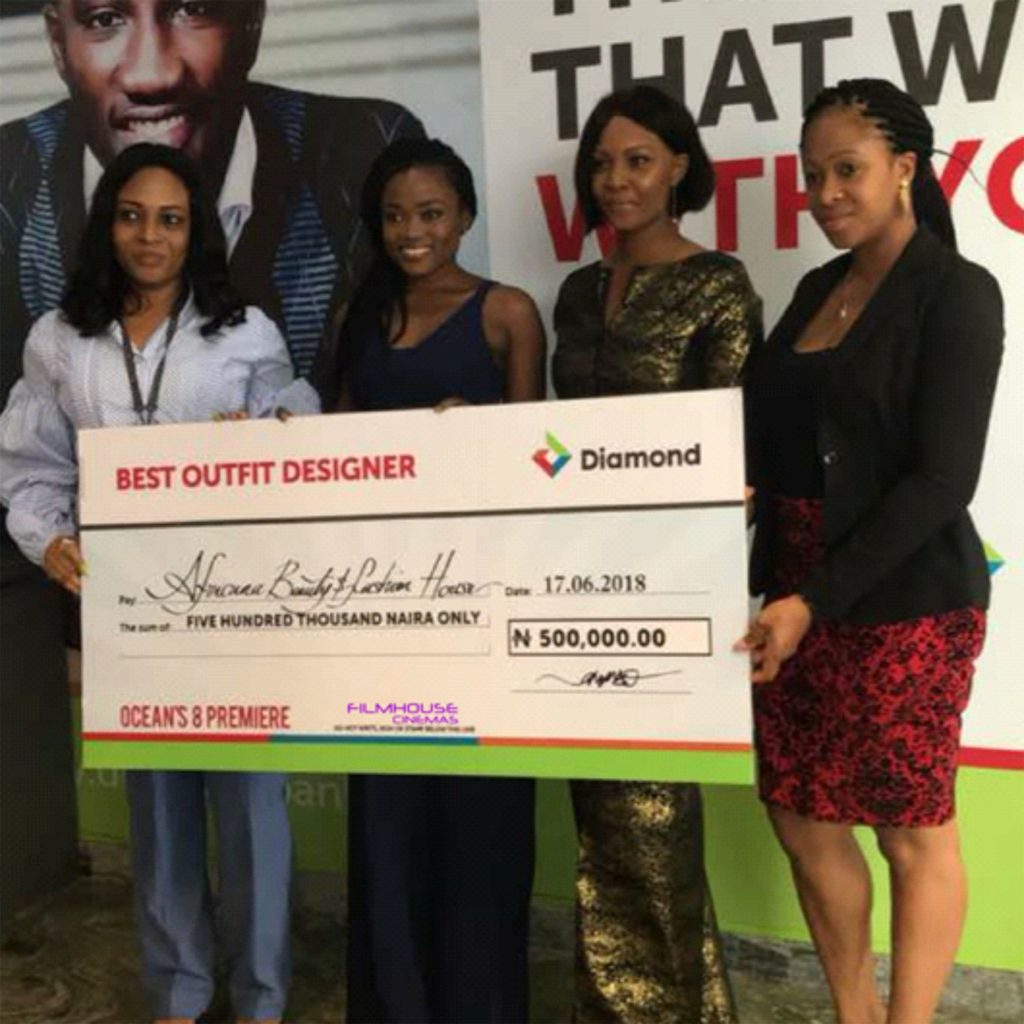 SWEET KIWI HAS ALL YOUR FAVOURITE FLAVOURS – JOIN US FOR FRO…