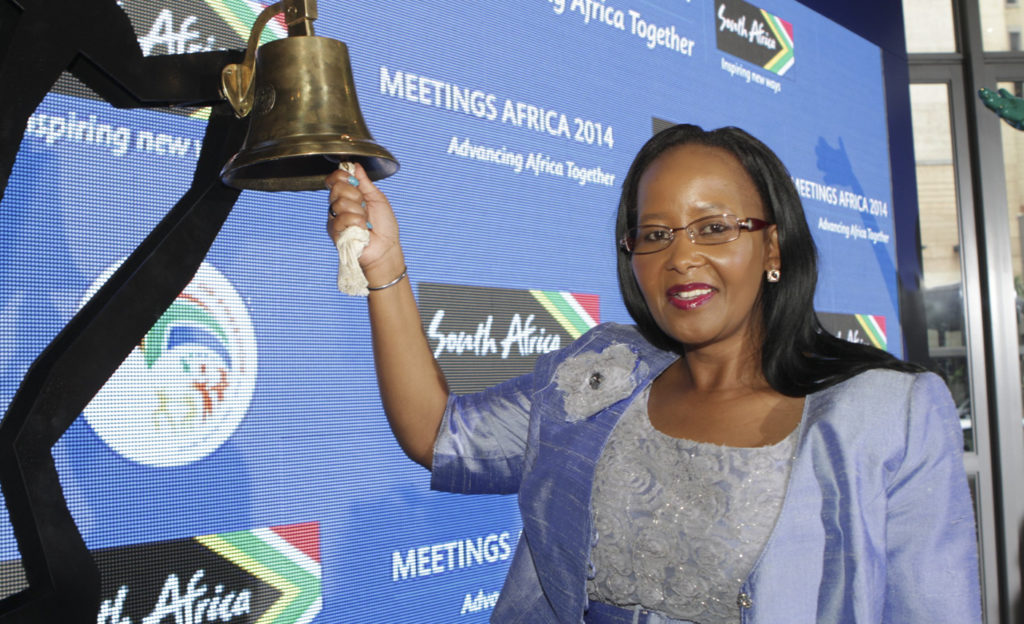 Join me on a journey to some very special places in our country, places that tell a remarkable story for the whole world.

Many international tourists, and some South Africans, would have experienced parts of the trip when they visited the tourist sites that relate the story of our first democratic President on Mandela Day. I hope that many more will have an opportunity to do so before Mandela Month draws to a close.

For those of us who cannot travel right now, let’s start our tour among the rolling hills around Qunu in the Eastern Cape. Scattered homesteads are sometimes clustered into little villages reached only by dusty, bumpy roads.

The cattle that you can see dotted around the landscape would have been tended by a young Rolihlala Mandela as they grazed all day long, nearly a century ago. There would have been a small school in this area, where a teacher bestowed the name “Nelson” upon a young man, little knowing that he was to become a universal symbol of the spirit of humanity and reconciliation among people.

Places like this are not just about picturesque hills and sparse dwellings. They reveal layer upon layer of our history and heritage. They reflect the thoughts and values of leaders like Nelson Mandela, and convey the collective consciousness of our people.

You can have an authentic interaction by living in private homes and local lodges in many rural communities like these. Here, you can gain first hand insight into how traditional beliefs and cultural practices intermingle with modern life. You can understand how the history and hardships of our people guide our aspirations to transform our economy and bring marginalised communities into the tourism mainstream.

This place was so important to former President Mandela that he chose to return here to retire, after leading a divided nation striving to reconcile itself, and serving our country as the world’s most revered statesman.

Let’s leave the quiet rural countryside of Qunu for now, we will return later.

Let’s head north to Gauteng, to Soweto in Johannesburg. It was here, in Vilakazi Street, that Nelson Mandela lived in a small red brick house typical of apartheid’s townships. Further down the road lived Desmond Tutu. Together with church colleagues and comrades in arms, Tutu and Mandela led the long struggle to tear down the policies that confined their people to live within their tiny boxes. Vilakazi Street became the heart of the struggle against apartheid.

Today, the precinct is bustling with restaurants and street vendors who depend on the busloads of visiting tourists for trade. It is the only street in the world that was once home to two Nobel Peace Prize laureates. Most visitors are international tourists, but more and more of our people are starting to experience the benefits of exploring their own country as our domestic marketing and promotional campaigns take root.

More tourist traffic through Vilakazi Street means better prospects for the economy of the precinct. Here, the layer of our historic social struggle is interweaved with many economic dimensions: the precinct supports jobs, small businesses and many entrepreneurs. Tourist guides, transport operators and vendors of memorabilia all benefit from tourism.

The former home of Nelson Mandela, and the Vilakazi Street precinct that developed around it, demonstrates the power of tourism to convert cultural heritage assets into tangible benefits for communities today.

We leave the city of Johannesburg and head for the quiet town of Howick in the KwaZulu-Natal midlands. It was here, along a winding back road, that Mandela was captured by security police, leading to the Treason Trial, his imprisonment on Robben Island, and the remarkable transformation in our country following his release.

The capture site is marked by an iconic sculpture which gives visitors a sense of the important historic event which changed the course of our history so dramatically. The tourism economy around the site is not as well developed as that of Vilakazi Street, but it has become a must-see site for passing tourists.

That single moment in time, when a policeman stopped a car driven by a man disguised as a chauffeur, was to become a defining moment in our history.

Standing here at the capture site, you feel the full significance of that momentous event along this very ordinary road.

From here, our journey follows Nelson Mandela to the prison cell he occupied for over two decades on Robben Island. A short ferry ride from Cape Town takes you to the island’s small harbour. A tour of the prison conveys the hardship its occupants were subjected to.

Standing in the cell that held Mandela captive is an extraordinary, life-changing experience.  You cannot stop thinking about how someone who was confined to the brutality of this place can emerge with such humanity, even towards his captors.

This experience forces all of us to look deep within ourselves, and to question our own sense of humanity towards others. It forces us to discover the Mandela within each of us, and to express the values he espoused in whatever ways we can.

The penultimate leg of our trip once again follows the footsteps of Nelson Mandela, this time from Robben Island to the Union Buildings in Pretoria, where the prisoner became the President.

On the front lawns, an imposing statue of a smiling Nelson Mandela stretches out his arms, protecting his people with the warmth it exudes. It is a fitting tribute to Mandela the man, the statesman, the father of our democratic nation.

From here, we will make one more stop before our journey ends. We return to a traditional family gravesite at Qunu, to Nelson Mandela’s final resting place. As his family and comrades gathered here to return his body to the very soil that sustained his early life, the nation resumed life without one of the greatest sons of Africa.

But the story is far from over: Nelson Mandela will be with us forever, through the political legacy that brought freedom and democracy for all in our country, and through the many sites that continue to reflect on momentous events in his life. From Qunu to Vilakazi Street, from Howick to Robben Island and Pretoria, and, finally back to Qunu, a journey through these sites brings our history and heritage to life.

I hope that many more South Africans will be able to make this remarkable journey, during Mandela Month and afterwards. And I wish that corporate South Africa, philanthropic foundations and others join hands and work together to make the trip possible for those who cannot afford to travel, especially our youth.

They will also return home with a renewed sense of what these sites mean for all of us in South Africa, and for humanity all around the world.

Experiencing the story of Nelson Mandela, and understanding the values and principles it reveals, makes each one of us a better person, and this is what makes the world a better place for all of us.

We end our journey as changed people, with a deeper understanding of ourselves and each other, fulfilling the ultimate purpose of tourism.

To Sunlight Nigeria, women empowerment is expressed through programs and initiatives that…

0 Comments on "Nelson Mandela will be with us forever; Opinion Piece By Tokozile Xasa, Minister of Tourism South Africa."