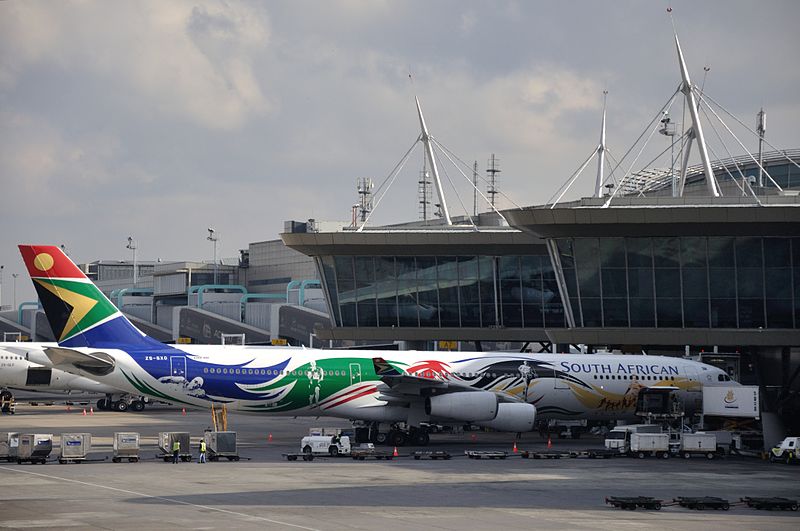 Johannesburg, South Africa: South Africa’s Police Minister, Fikile Mbalula, has announced a number of new policing and security measures in response to the recent incidents of crime in and around Johannesburg’s OR Tambo International Airport.

This includes the increased vetting of airport employees, the permanent deployment of a senior ranking police officer at the airport, and the deployment of additional metro police officials, as well as members of crime intelligence, the detective service and the Hawks (the police unit responsible for combating, investigating and preventing national priority crimes such as serious organised crime).

After visiting South Africa’s busiest airport and meeting with airport management about the nature of the crimes being committed, Minister Mbalula said similar security measures to those that were in place around the 2010 Fifa World Cup would be implemented.

“There is a collective agreement that we need to explore the 2010 Soccer World Cup strategy, which was both efficient and effective. We further discussed and reached agreement that it is critical to ensure that as part of the long-term, sustainable security plan, all people that work at the airport need to be effectively vetted, so that we have a greater appreciation of who is working and/or based at the airport,” he said.

“On this basis, we jointly agreed that a more senior police officer with the rank of major general needs to be deployed to the airport and lead its policing operation. The major general will be based at the airport.”

He said the Executive Mayor of the Ekurhuleni Municipality, Mzwandile Masina, had undertaken to dispatch more Ekurhuleni Metro Police Department officers to assist in curbing crime at OR Tambo International Airport.

“There will be a joint deployment to the airport that will include crime intelligence, the Hawks and detectives. This team will operate out of an operations room where crime will be monitored on a daily basis at the airport and a report will be sent to me on a weekly basis, on the progress being made in this regard,” Minister Mbalula said.

He said that on 21 July 2017, he would meet with all the South African government agencies within the security cluster to flesh out a master plan to enhance the airport’s security.

“As we speak, the leadership of the South African Police Service (SAPS) is strengthening the plan of fighting crime at OR Tambo International Airport to ensure that we keep this national key point safe for all passengers and visitors to the airport and to our country. We therefore want to assure South Africans and our international guests that their safety is our number one priority.”

South African Tourism’s Chief Executive Officer, Sisa Ntshona, welcomed the plans to enhance police presence at the airport: “OR Tambo is one of the key entry points into South Africa and our continent, and is one of the busiest airports for domestic travelers as well.  The airport sees about 21 million passengers passing through every year. Because tourism is such an important driver of inclusive growth in our economy, we want all airline passengers to feel safe, secure and relaxed when they arrive, travel within and depart from South Africa. We have full confidence that the men and women of the SAPS will take the necessary steps to ensure that local and international travellers alike will have peace of mind when using the airport.”

Digital Release of “The Wedding Party 2: Destination Dubai” on September 28 on myFilmHouse.ng

On the 28th September 2018, The Wedding Party 2: Destination Dubai will…